Difference Between Red and White Wine 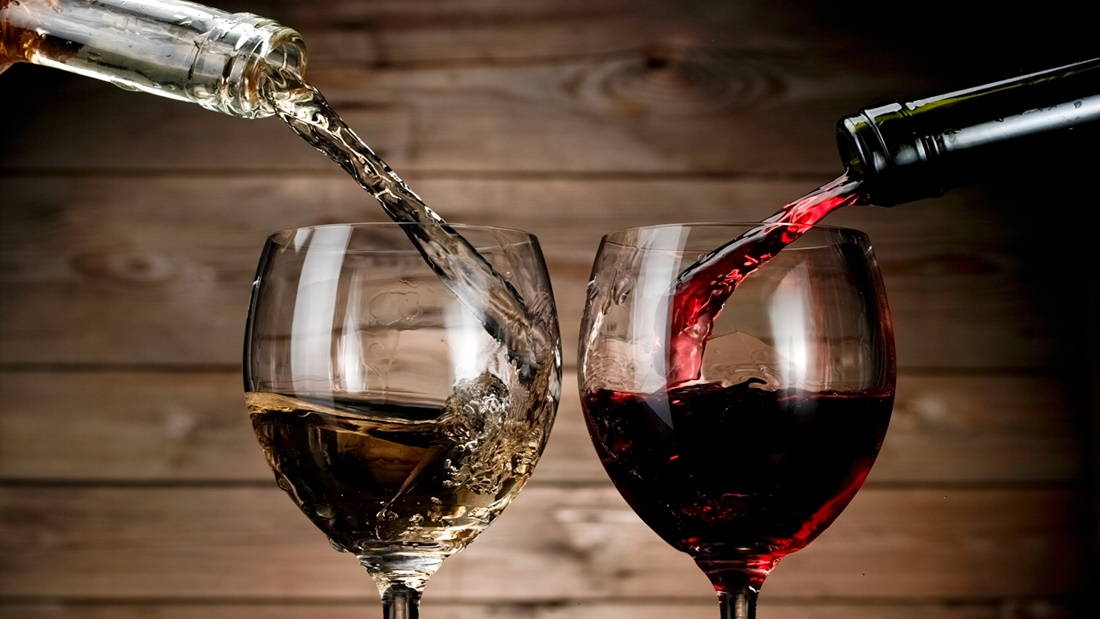 Posted at 11:41h in Wines by SpartlingHeath 0 Comments
0 Likes
Share

Have you ever been curious as to the differences between red and white wine? The answer is actually quite simple.

The differences between red and white wine stems primarily from a component of wine called tannins which results in the difference of colour. Reds usually contain a considerably higher amount of tannins than white wine. This has a significant impact on, not only on the colour, but also on the flavour and other elements of the wine.

First you need to have a little knowhow as to how red and white wines are made, after which we will explore what impact this has on the colour, aroma, and other characteristics of the wine.

What’s the Difference in How They’re Made?

So how exactly are red and white wines different?

Tannin is found in the skin of grapes and also in the seeds, it’s not just present in grapes but also in many plants, seeds, bark, wood, leaves and other types of fruit skins. Tea for example contains a high tannin content and derives its colour and characteristics from this substance. Tannins also regulate plant growth and they often have an astringent profile which causes a dry mouth feeling, which is characteristic of some red wines which have a very high tannin content.

It’s generally preferable to avoid higher levels of tannins when making white wine, mostly it’s just the grape juice that is used to make the wine, without the seeds and skin. Refining agents are often added to the wine to remove as much tannin as possible. Without the tannins, it results in a more transparent (or white) colour that is characteristic of white wine.

Difference in Alcohol Content between Red and White Wine

Red wine usually has a higher alcohol content than white wines and you should know where the alcohol comes from, to understand why there is a difference. The alcoholic component actually originates from the sugar content that is present in the grapes, which turns into alcohol during the fermentation process. Red wine grapes often have a higher sugar content than white wine grapes, as they are usually picked at a different stage of ripeness than the white grapes. When the wine making process is complete, you will generally have a higher level of alcohol present in the red wines than traditional white wines.

Difference in Body between Red and White Wine

It’s commonly known that the majority of red wines will have more body (or mouthfeel) than white wines and there are three major factors: the amount of tannins, the alcohol content and the process through which they are fermented.

For red wine, it’s common practice to use the entire grapes in the fermentation process, whereas during the production of white wines only the juice is used. This results in a darker colour due to the high level of tannins which significantly impacts the taste and is considered to have more body (or but also leads to a heavier body, commonly known as a fuller mouthful than most white wines would have.

Difference in Flavour between Red and White Wine

It’s quite difficult to generalise when it comes to comparing the flavour between red or white wines as there is so much variety on offer. A good rule of thumb is that red wines tend to be fuller bodied, richer and possessing a more complex flavour profile, including flavours ranging from spicy to fruity and everything in between. On the other hand, whites tend to be slightly simpler when it comes to their taste profile, they are usually considered to be lighter, more floral and crisp with a faint hint of citrus and other fruits.