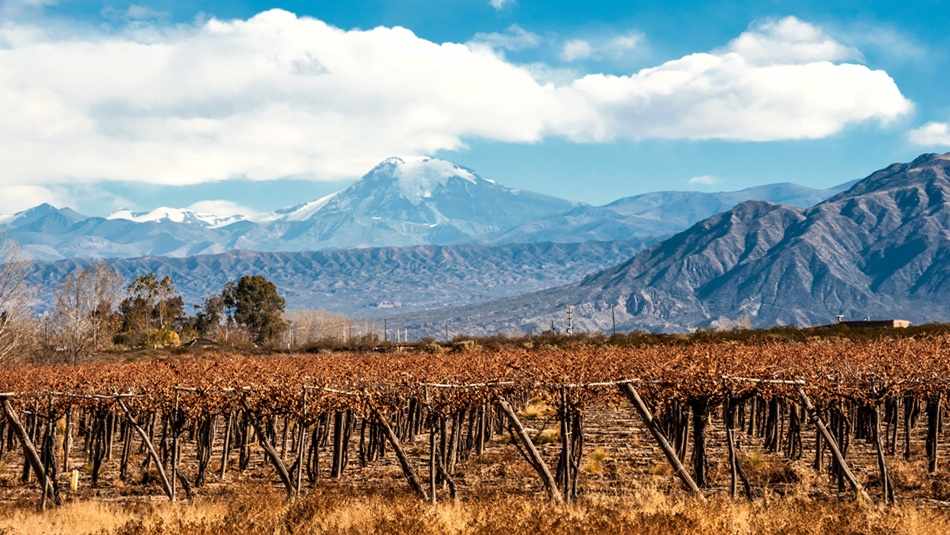 Posted at 13:23h in Wine Regions of the World by SpartlingHeath 0 Comments
0 Likes
Share

Argentina is the biggest producer of wine in South America and a very vital part of the new world wine producing countries. Unlike its more famous neighbour, Chile, Argentina didn’t really start making a splash in the international scene until recently. But surprisingly, it produces five times the quantity of wine produced by Chile. Nevertheless, the quality of the wine produced in this country is superb, thanks to its very interesting terroir.

A glance at any wine region map of this country could show that most of them are concentrated in the western region. That’s because almost uniformly, wine making is concentrated at the foothills of the Andes Mountains where the climate is very favourable for wine making.

The landscape is desert-like and most of the wine producing grapes are grown at high altitudes. This is slightly deliberate on the part of the Argentinean winemakers. They plant the grapes in cold climates to slow-down the ripening process. This results in some intensely flavoured and high quality wines.

There are essentially three regions that produce wine, the North, Cuyo, and Patagonia. All of them produce diverse and excellent quality wines but regardless of the different regions, Mendoza in Cuyo Valley still stands out. Here are the details about the wine regions of Argentina in brief:

This is essentially the Northwestern territory, at the foothills of Andes. The climate here is very cool at night and can drop to 13°C. The major wine producing valleys in this region are Salta, Catamarca, and Tucuman. A small portion of Jujuy is generally added to this count as well.

The vineyards here are considered some of the highest in the world. On an average, vineyards are located about 1,500 meters from the sea level. The highest placed vineyard here is at 3,000 meters. The wines here have a high level of acidity. The region produces full-bodied white wines from Torrontes Riojano. It also produces great reds from Cabernet Sauvignon, Malbec, and Tannat.

By far, this is the most important wine producing region in Argentina. That’s primarily because of Mendoza. This region was one of the first to be planted during the colonization of this country. To get an idea of how big Mendoza is, consider this: it has more acreage producing wine than Australia and New Zealand combined. This region is divided into several subregions, including Lujan De Cuyo, Tupungato, Uco Valley, Maipu, etc. Mendoza is known for Malbec but also produces Cabernet Sauvignon and Tempranillo of commendable quality.

The San Juan and La Rioja regions of Argentina are known for Syrah and Douce Noir or Charbono, as it’s sometimes known. La Rioja is perhaps the first and the oldest wine producing region in Argentina. The primary grape varieties here are Torrontes and Moscatel de Alexandrias and produce some very aromatic whites.

This southernmost and the coolest of all Argentinean wine regions, is known for sparkling wines and produces great Chardonnay. Malbec, Torrontes Riojano, and Semillon are also very prominent here. The major wine producing valleys in Patagonia are the Neuquen and Rio Negro. This region contains the southernmost vineyards in the American continents.

In Argentina, the major wine productions are usually Malbec, which stands at 45%, Cabernet Sauvignon, which stands at 13%, Chardonnay, which stands at 7% and varieties like Torrontes, etc. The country is the fifth largest wine producer in the world and is constantly improving its winemaking techniques. The future of Argentinean wines is certainly something to look forward to.

For more information about unique wine storage solutions, you can call Signature Cellars on 02 9340 7515 or use this contact form to get in touch with us. We’ll be pleased to assist you.