What is Cork Taint And Why Does it Happen? - Signature Cellars
20265
post-template-default,single,single-post,postid-20265,single-format-standard,ajax_fade,page_not_loaded,,qode-theme-ver-8.0,wpb-js-composer js-comp-ver-4.11.2.1,vc_responsive

What is Cork Taint And Why Does it Happen? 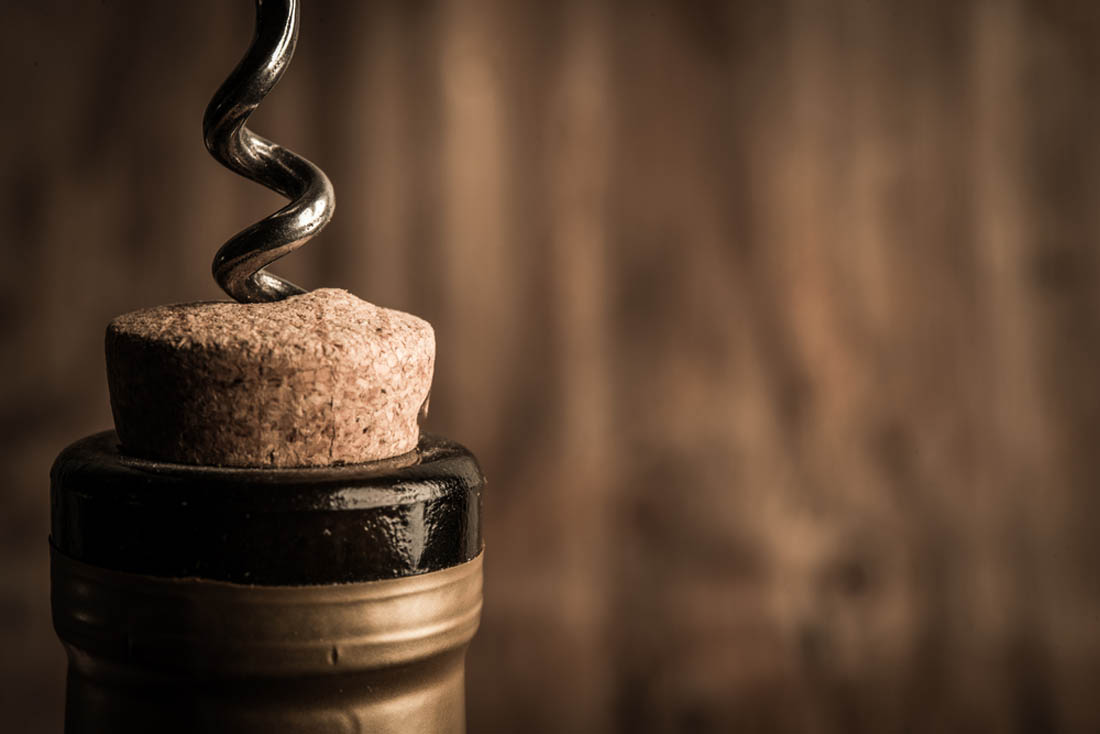 15 Jan What is Cork Taint And Why Does it Happen?

If you have ever sat down and poured yourself a glass of your favourite wine and smelt a distinctive mouldy basement or wet newspaper smell or swirled the wine in your glass and found that it had almost no aroma, the wine had likely been cork tainted. The other common term for this phenomenon is “corked”. Whenever wine gets cork tainted, it means that there are some contaminants in it caused by aroma compounds that have a musty smell.

The compound 2,4,6-trichloroanisole (TCA), is the most common culprit. While certain wine flavours, volatile acidity or brettanomyces can be entirely subjective about whether they enhance or impact the wine, most experts consider cork taint a flaw at all detectable levels

TCA forms in the bark of trees whenever mould, specific bacteria or fungi come into contact with insecticides for pesticides of certain groups collectively called halophenols. These products were very commonly used in the 1950’s right up to the 1980’s and continued to linger in the soil. Most fungi have unique defense mechanisms that result in chemical alteration of these compounds. They are harmless to the organism, but in the process, they create TCA.

Most wine producers use cork as wine closures. These are made out of tree bark. Unfortunately, they don’t know whether particular bark sections have been contaminated with insecticides and fungicides. If they were, the corks made from that bark would affect the wine they touch. In most cases, this is how wines commonly become TCA tainted.

However, winery, equipment and barrel contamination can also occur. However, there are times when screw cap wines also become cork tainted when they come into contact with any contaminated equipment. There are descriptions of cork taint that date way back to the start of the 20th century. However, it was only around 1981 that Hans Tanner, the Swiss scientist and his research team identified that the compound TCA was the primary cause of this contamination in wines.

Cork taint creates a muting effect by inhibiting olfactory signal transduction. In simple words, it affects your ability to smell. A very heavy cork taint in a wine smells very much like a musty basement. When present in lesser amounts, it ends up blunting flavours and aromas, which makes that wine seem uninteresting and highly muted. There is recent research which indicates that TCA on its own doesn’t have any smell. However, it suppresses your ability to smell in a way that it presents mouldy or dull odours.

Is It Safe To Consume “Corked” Wine?

Some experts believe that people are sensitive to the smell of cork tainting because the musty smell is akin to mouldy food that has the potential to harm our health. But other than ruining the wine, TCA does not affect humans in any way. It’s safe to consume cork-tainted wine. The only downside is that it just won’t taste pleasant.

TCA maintains its stability over time, while most other aromatic compounds don’t. It means that the taint in the wine will only become more prominent as the bottle ages or the wine opens up. Cork-tainted wines will not show any obvious fault and will only make the wine seem a little “off”, when in fact, it was contaminated.

The common misconception is that a premium or expensive wine is less likely to become cork tainted. This belief stems from the thought that cheaper wines use cheaper, inferior quality cork. But it’s been found that even expensive, vintage wines can sometimes be cork tainted.

Since there is no way to individually and reliably test natural corks for musty compounds like TCA, wine producers and drinkers would have to contend with the cork taint problem. As a consumer, the only way to avoid it is to recognise a cork tainted wine bottle.

Start by smelling the cork’s wet end cork every time you open up a wine bottle. Look out for a strong/faint musty aroma. After that, take a whiff of the wine and look for that same aroma. You will find that the more you practice detecting cork taint, the more your nose will become sensitive to it. Eventually, you will also be able to pick up subtler contaminations quickly as well.

It’s always important to smell the cork when you open a bottle of wine as taint can impact your enjoyment of the wine. In some varieties and styles, like in Pinot Noir and most white wines, TCA can be easily detected at far lower levels. In varieties such as Cabernet Sauvignon, significantly higher levels of TCA are required for cork taint to be noticed. It happens because the wine’s powerful aromatics tend to increase as the oak ages.

But it’s common for many wine-drinkers to use the term “corked” regarding anything wrong with a wine they are consuming. Sometimes, they also use it for wines they don’t like, which is incorrect. The term is to be used only for wines that have a mouldy or musty presentation. Sometimes, even seasoned wine drinkers miss mild cases of wine tainting and in these cases, the beverage would seem disappointing or muted rather than corked.

What Wine Producers Are Doing To Combat Wine Taint Issues

Credible wine producers incorporate a range of techniques in a bid or minimise the occurrence of cork taint. They may soak a certain number of corks from every single bale in a vat of neutral alcohol solution and then smell each one for the presence of TCA. If the sampling has any contaminated cork, they reject the whole bale. Recently, some suppliers have started testing corks for the presence of this compound, which also helps eliminate the problem, but it adds to the cost.

Unfortunately, consumers have very little control when it comes to cork taint. Once the liquid gets tainted by the TCA, it will continue to stay that way. Many people wonder whether incorrect storage conditions have resulted in corking of their wines. But this issue has nothing to do with storage conditions such as humidity or temperature.

What Can You Do If You Purchase Cork-Tainted Wine?

If you buy a bottle of wine and later detect TCA contamination, there isn’t any fix. You can try adding a teaspoon of heavy cream or use Saran Wrap to lessen the impact of this compound; However, these additions will also affect the wine’s other attributes. You have the option to bring the wine back to the store where you purchased it. In most cases, as long as you have your receipt, they will replace the wine free of cost.

While dining at a restaurant, if you notice cork taint in the wine they have poured, you should politely request for a new bottle. A professional establishment will handle this request graciously and replace the bottle. If they don’t, you need to consider dining at some other place in the future. Of course, if you happen to purchase a bottle of cork tainted wine on your travels or as part of a collection, those bottles may be irreplaceable.

Thankfully, over the years, the cork tainting problems seem to be on the decline. Up until a decade ago, there was a much higher percentage of TCA taint issues than there are now. When you purchase wine, do so from a credible source as it allows you to get the cork tainted bottle replaced without much trouble.

As mentioned earlier, storage conditions do not have a bearing on the incidence of cork taint. But it’s still crucial that you have the right storage solution for your wines. A custom wine cellar is the best way to ensure that your wines are stored correctly and with the appropriate humidity and temperature control systems in place.

We at Signature Cellars are the experts that provide unique customised wine cellar design and installation services. We use our creativity, knowledge and skills to design the perfect wine storage solutions for our clients.

To find out about how Signature Cellars can help you design and construct a wine cellar and build a wine storage solution that can help protect your investment and add value to your home, call us on 1300 570 636 or email info@signaturecellars.com.au and we will respond shortly.